permalink
Well, here I am at my 20th Friday article here on GameWTFs, and I thought I'd do something different! (And no, the something different won't be "starting to write this earlier than 8pm on the night before it's supposed to be posted").
Instead, this week I'm going to be posting some exciting CARTRIDGE PICTURES of the obscure or semi-obscure (and often quite lousy) one-on-one fighting games that clogged the Super Nintendo game library after the success of Street Fighter II!
My main criteria for including these games were:
*: Though I mainly excluded Killer Instinct because I can't bring myself to play it; I hate memorizing button combos for special moves, and my controllers' D-pads are loose enough that it's pretty much impossible to pull off any of that "Quarter Circle" or "Half Circle" nonsense with any consistency...so the idea of trying to play anything that reminded me so much of Mortal Kombat II or III (where the only way to have half a chance as a newbie is to spam your special attacks, because that's what the computer is going to do to you) had no appeal to me. So basically, I've played Killer Instinct for one fight once, while I've played all the way through to the goofy victory screen of Street Combat dozens of times.
That left me with 15 games...well, originally it was 14 games, but I decided to throw Best of the Best: Championship Karate in there, even though as a kick-boxing game it's basically a boxing game...but it made the numbers so much more easily divisible!
In coming weeks, I may be going into more depth on each game, but now here's the cartridge pictures and a few words about each game...actually, a haiku about each game!
So, without further ado, let me present...
The FIGHTING FIFTEEN! 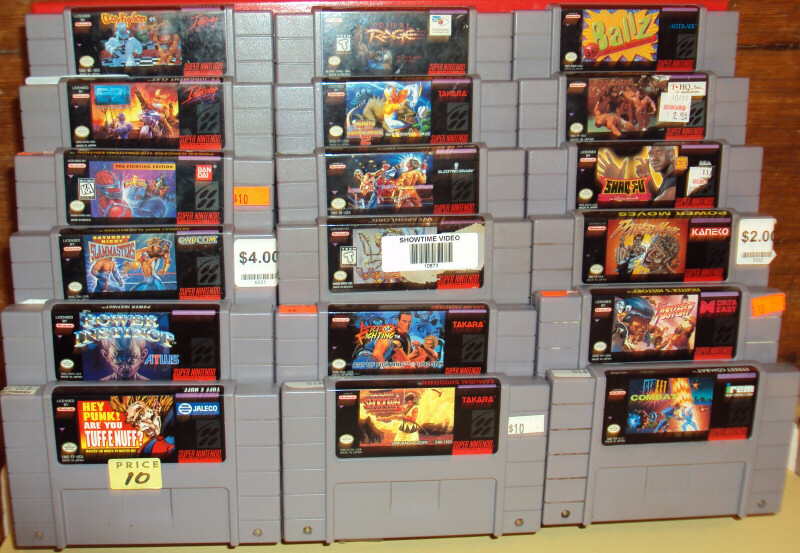 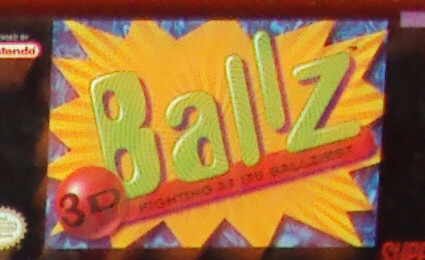 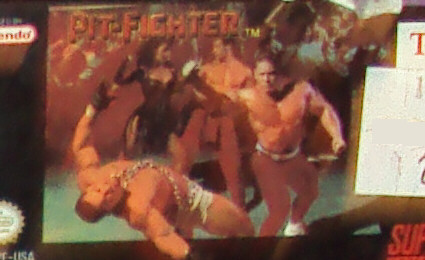 Pit Fighter
Hey, horrible game?
I already reviewed you!
(Your cover sucks, too) 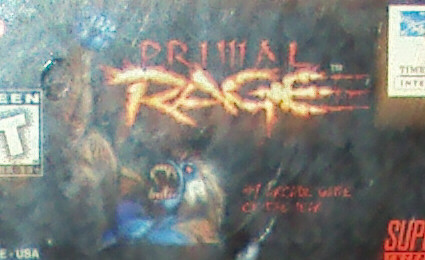 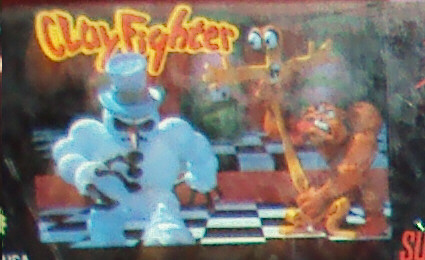 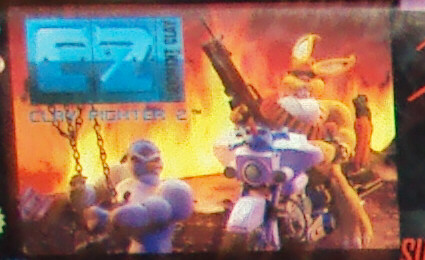 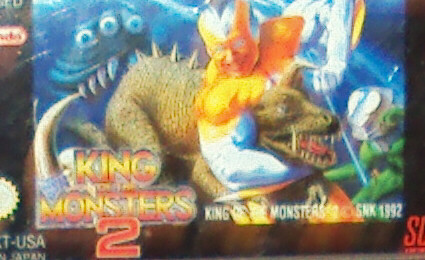 King of Monsters 2
Step on a city,
Then punch a giant monster,
Then stifle a yawn. 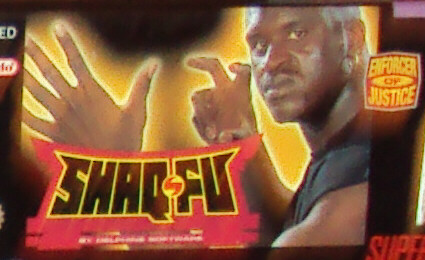 Shaq Fu
Shaq fights everyone,
Rescues a kid, gets back for
Charity B-Ball! 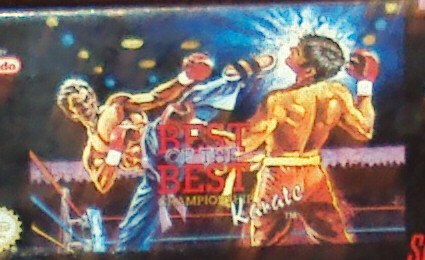 Best of the Best Championship Karate
If this is the best,
the WORST of the WORST would be
quite shabby indeed. 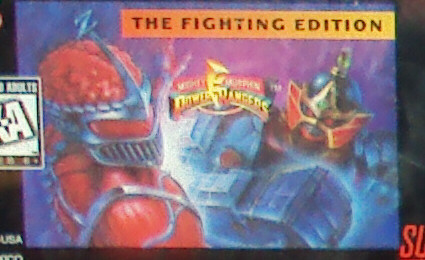 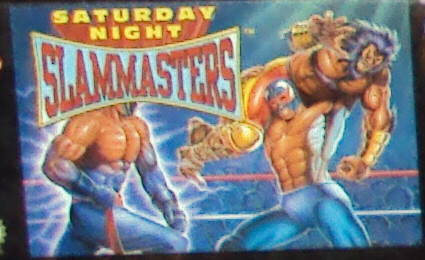 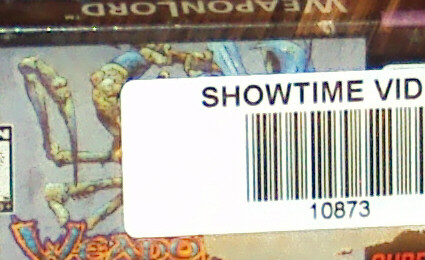 WeaponLord
Label is damaged...
Kinda like your fighter's face
after it meets AXE! 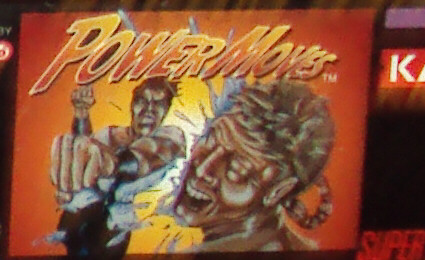 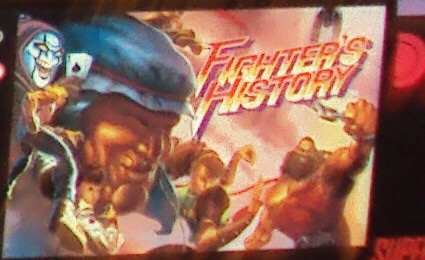 Fighter's History
Data East, you creeps,
How could you win that Lawsuit?
This is SFII. 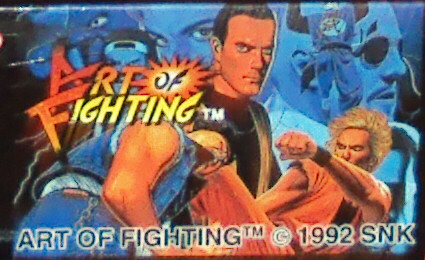 Art of Fighting
Fighting is an art:
You do a bodacious taunt!
Guys hit you with sticks. 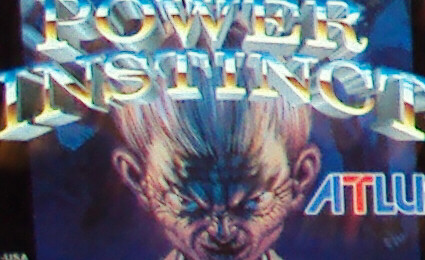 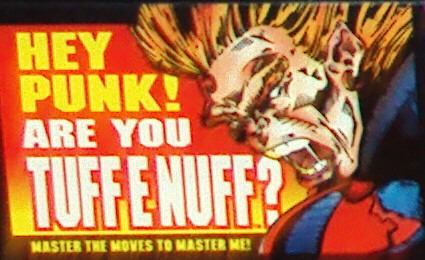 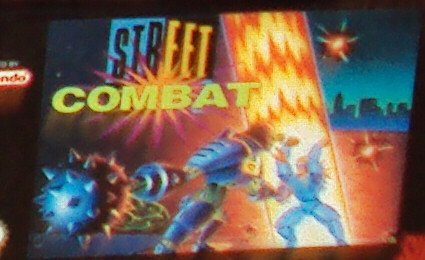 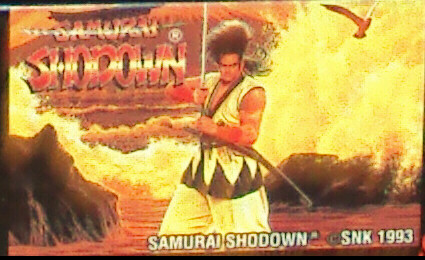 Samurai Shodown
Such a great game, this;
But what is the word "Sho Down"?
It's NONSENSE, that's what!
Teh End!
Well, that's it for this week! My word-count may be down, but it certainly wasted as much of my evening as it usually does! Tune in in future weeks and I'll review analyze pretend to talk about some of these games, maybe!
— carlmarksguy, 2012-05-25
Tags: Cover Art Theatre
,  Cover Art...yeah.,   Fighty-Fight-Fight,   Haiku You!
SNES:
Best of the Best,  Clay Fighters,  Fighter's History,  King of Monsters 2,  Pit Fighter,  Power Instinct,  Power Moves,  Samurai Shodown,  Shaq Fu,  Street Combat,  Tuff E Nuff
5 Comments:
add a comment?
1
Ragey
Haha, jeez, I know Haohmaru's hair is normally pretty wacky, but that SNES box art makes it look like he's just been assaulted by one of those hair-raising static electricity balls.
2
CarlMarksGuy
For anyone who doesn't know, Haohmaru's the dude on the cover of 'Samurai Shodown'. Though you'd be hard-pressed to find ANYONE whose hair looks good on any of the cover art above! When Bald Shaq has the best haircut, you know you're in COVER ART HEAVEN!
3
VGJUNK
God damn but that TUFF E NUFF cover makes me laugh every time I see it. Why would I want to "master" you, you drooling weirdo?
4
Rage Quitter 87
Do the guys in Power Moves fight by throwing eggs at each other?
5
CarlMarksGuy
@VGJ: yeah, that TUFF E NUFF tiny-nosed giant-haired monkey-like fellow is indeed a hoot! He's also a shoe-in for "worst cover-art to in-game comparison." @RQ87: ..but POWER MOVES has my vote for "worst cover art"; I used the dude as this articles' icon! I dono why there's egg on his face, perhaps cuz its censored from blood? The game title is censored from "Deadly Moves" on Genesis..
(back to article list)